Yesterday was the European Day of Languages, so we thought it was a good opportunity to celebrate a different type of language. The team at OWB can speak many different languages, from French and German to C# and PHP.

People’s understanding of coding languages can be broken into 3 groups; those with none at all, those with a vague awareness, and those who are exceptionally passionate about it. The majority of people tend to sit in the first group! There are 14 different types of coding language and each have a different purpose, in this blog we’re going to look into the most popular.

HTML or ‘Hyper-Text Mark-up Language’ is one of the most popular Mark-up Languages worldwide. This language was devised to allow website creation and has many different versions, some developers still use standard HTML, whilst others are using more recent versions such as HTML5.

HTML5 contains syntax (the rules that define what it can do and how it can do it), created specifically to handle graphical and multimedia content without the use of external frameworks. HTML5 is now deemed as best practice by W3C, the World Wide Web Consortium (W3C) is the main international standards organisation for the World Wide Web.

HTML takes the content that you want on your site and puts it into a specific structure on the page.

The term ‘Mark-up Languages’ came from the way that paper manuscripts would have been ‘marked up’ with revisions by editors. In a digital sense, these revisions are replaced by tags.

CSS is a Style Sheet Language, used for formatting the display of a document written in a mark-up language. Just like copywriting and design, it’s important to differentiate between content and the presentation. HTML gives you the basic structure of the content, while CSS allows you to present it any way you’d like. The ‘front end’ design of a website consists of layout, colours and fonts; all of which are achievable using either CSS or ‘inline styles’.

Javascript makes websites interactive. It takes HTML and CSS and gives it a way to move without having to reload the page. Think of the ‘Hey! Look at our newsletter!” pop-ups, well that’s Javascript. Javascript first became popular about 10 years ago, and is even more popular today.

Don’t get Java and Javascript mixed up. They are in fact completely different languages.

HTML, CSS and Javascript, are all ‘front end’ languages, meaning they define, style and animate what you see in your browser. ‘Back-end’ coding is everything that happens behind the scenes and makes everything work.

Python is one of the most versatile languages, from web apps to data analysis. It’s also known for being one of the easiest languages to learn.

C was developed by Dennis Ritchie in 1969, and was developed as a system programming language. C language is best used in low-level applications such as the firmware of your television and the Windows operating system.

The top picks as one of the most popular languages, and is mainly used for producing software. It’s the core language for developing Android apps, this language is designed to be portable, and run across multiple platforms.

An improvement of C, this language is better at storing and organising information. C++ organises information into bundles to make it more extendable and easier to read, due to this it’s used in a lot of complex programs such as Windows.

Is the popular language for all Microsoft apps, and is nearly identical to Java. It’s a modern, powerful and flexible programming language. It can be used for dynamic websites and developments tools.

The popular language for web apps, it’s easy and it’s popular. It was designed in 1995 by Yukihro Matsumoto, and was designed to enable code to be as similar to the human language as possible.

Or ‘Hypertext Preprocessor’, PHP is one of the most popular languages on the web, it’s mainly used for data-heavy websites and is commonly used by the likes of WordPress and even Facebook. PHP is an open-source language and comes preinstalled on most web servers.

Short for “Structured Query Language”, the language you speak to your database in. When you post a blog, you send your blog to live in a database, when your page loads, it simply retrieves the text from your database.

Don’t get SQL confused with MySQL, SQL is the language and MySQL is the database that speaks SQL.

All in all, there are a number of different languages that can be used in website design and website development, every-one is different and is used for different reasons. 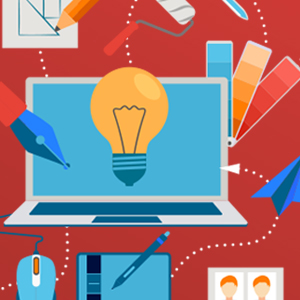